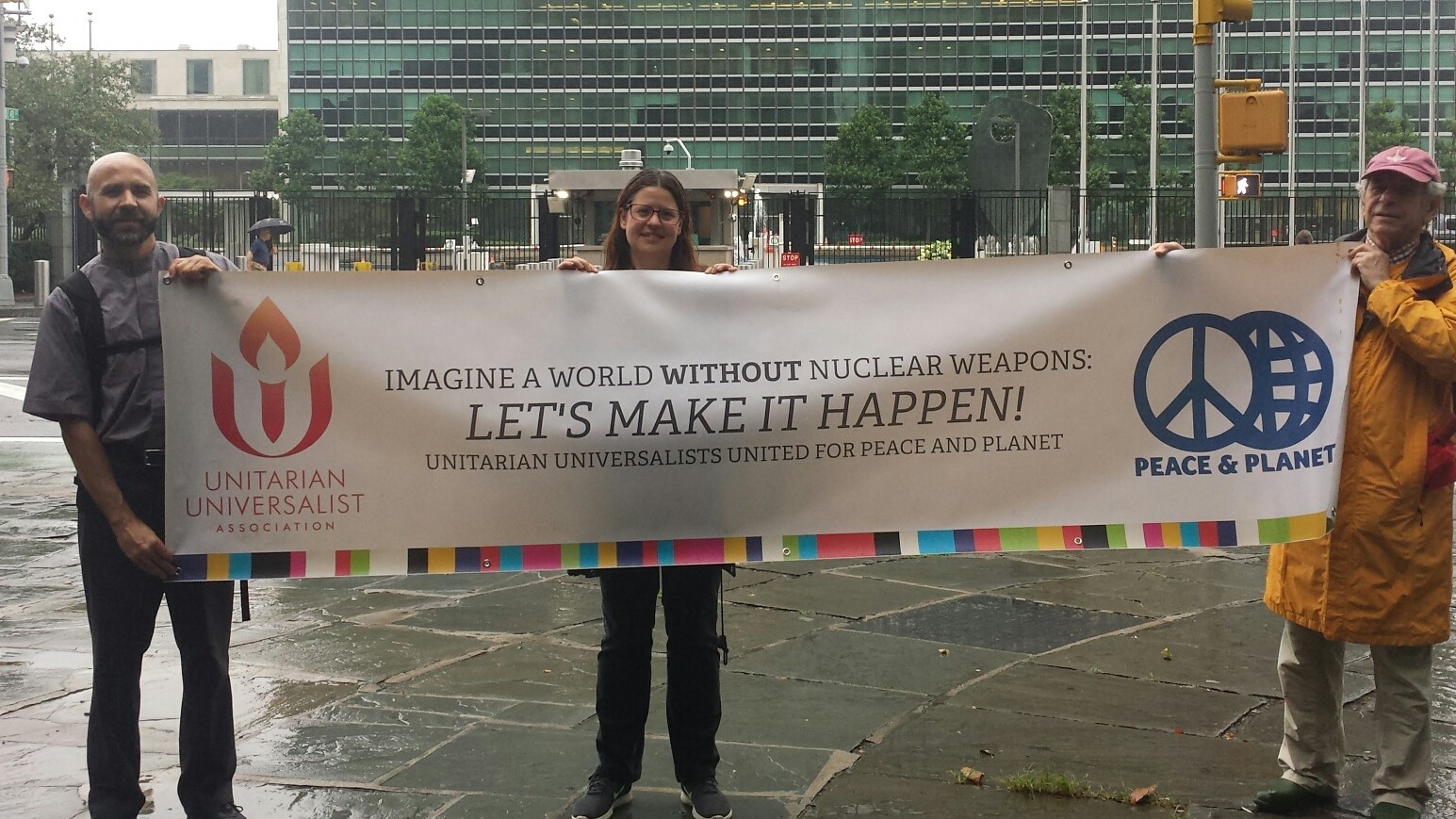 On Friday morning, July 7, 2017, Rev. Antal, Terri Pahucki, UUCRT Lay Commissioned Minister, and Neil Osborne, Deacon of All Souls Unitarian Universalist Church in Manhattan, gathered for a prayer vigil and public witness at the UN Plaza, New York City, in support of the Treaty on the Prohibition of Nuclear Weapons, that was formally adopted by the representatives of 122 member states later that day.

The 2010 Creating Peace Statement of Conscience, adopted at the UUA General Assembly and endorsed by the UUCRT Board and membership by congregational vote, states, “We support international efforts to curtail the vast world trade in armaments and call for nuclear disarmament and abolition of other weapons of mass destruction.”

Five hours after the vigil, The New York Times reported:

For the first time in the seven-decade effort to avert a nuclear war, a global treaty has been negotiated that proponents say would, if successful, lead to the destruction of all nuclear weapons and forever prohibit their use.

Negotiators representing two-thirds of the 192-member United Nations finalized the 10-page treaty this week after months of talks.

The document, called the Treaty on the Prohibition of Nuclear Weapons, was formally adopted on Friday at United Nations headquarters in New York during the final session of the negotiation conference.

For the complete Creating Peace Statement of Conscience click here.